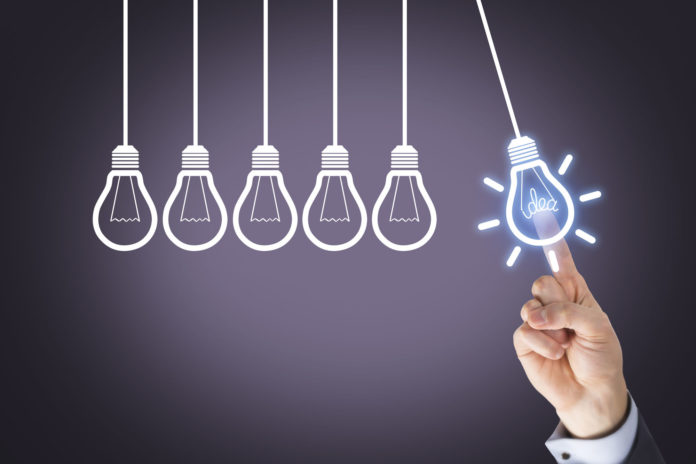 It’s been said before that you have to create your own opportunities in life as well as in business.

On the surface it sounds great, maybe even inspirational, but what does it really mean? How do you do it?

There are a lot of different case studies as well as inspirational stories from a wide range of successful entrepreneurs and businessmen. One that is certainly worth a closer look it is speaker, author, and humor engineer Andrew Tarvin.

Andrew Tarvin’s company is called Humor That Works and its primary mission is to help people incorporate a healthy dose of humor into the workplace to help employees become less stressed, happier when they are on the job, and ultimately more productive. Over the years he has worked with over 25,000 people spanning over 250 organizations. Some of the more notable ones include Procter & Gamble, GE, ESPN, Microsoft, and Pepsi as well as the United States Navy, and the International Association of Canine Professionals.

Some of his other programs include Leading On Your Feet, The art and science of leadership through improvisation. Mastering Communications which takes a close look at how to communicate any message to anyone.

Before starting Humor That Works Tarvin worked at Procter & Gamble where he managed large, million-dollar projects. At that same time, he was also working to hone his craft as a comedian. To date he has performed over a thousand shows in every state in the U.S. as well as on the international stage. His style often employs classic mechanics of comedy “If this is true, then what else is true – Is a technique used in comedy to build bridges to other ideas,” Tarvin explained.

Tarvin is also the author of the best-selling book, Humor That Words: 501 Ways to Beat Stress, Increase Productivity, and Have Fun at Work. His book has been featured in Forbes, and The Wall Street Journal, as well as Fast Company.

In September of 2017 he published a new book titled The United States of Laughter: One comedian’s journey through all 50 states. In it he chronicles his self-imposed challenge to speak or perform in every state of the union.

He only carried only two bags with him on his epic cross-country adventure. Over the course of the next year he would perform at over 250 events and travel well over 92,000 miles. Along the way he met people of every stripe and inclination, finding many common threads amongst them especially the love of laughter.

When he first set out from New York City his entire journey was not fully mapped out and he didn’t even necessarily have a show booked in every state. He knew that he wanted to reach Juneau, Alaska while the weather was still warm, and hoped to end up in Hawaii, in February to escape a little bit of the winter’s cold.

Before setting out he wrote up a basic checklist to help keep him grounded. “I think crossing things off a checklist gives you a sense of accomplishment along the way,” Tarvin added.

Tarvin had traveled a lot for business in the past. So, he was no stranger when it came to getting from point A to point B without too much stress or hassle. Yet he also notes that this was the first time in his life that he ever lived a truly nomadic existence.

In the past when he traveled for business he didn’t always get to experience what a place really had to offer. Sometimes it was little more than going from the airport to the hotel, to the venue and back to the airport. He wanted to rectify this during his nomadic adventure. “I wanted to try to get to know more about different places, eat and get to know a little something each new place.” This included meals at famous truck stops as well as the opportunities to tour some of the our most majestic National Parks.

While he was traveling he would spend his downtime searching the internet for opportunities to speak or perform. Some were quite a challenge pushing him beyond his usual performance boundaries such as giving a poetry reading in Miami, Florida, and simply tracking down an open-mic opportunity in rural South Dakota.

In general, for every ten leads he would put out, he would average around one to two responses “One of the beauties of it that I’ve found particularly with stand up and improve as well as things like networking, is that if you throw out enough numbers you tend to only remember the ones who say Yes instead of focusing on the ones who said No,” Tarvin explained.

This was particularly true when he was trying to generate speaking and performance opportunities in Alaska. “I knew I wanted to go to Alaska before it got super cold,” Tarvin said. “I picked Juneau because I wanted to go to the Mendenhall Glacier. I just emailed a bunch of places. In Alaska it turned out that everyone said Yes!”

Tarvin would go on to spend four days in the area around Juneau, Alaska performing great shows, eating good food and going on some amazing hikes. “In the book the chapter on Alaska is about my first time seeing a bear in the wild,” Tarvin said.

For Tarvin the year-long trip was a great opportunity to soak in rich experiences. “I can tell you my favorite experience in every state, but I can’t say which is my favorite state,” Tarvin noted.

Tarvin further reflected on how the experience impacted him. “I would say that I’m a better person for the trip. Not a different person. I learned a lot about how to connect with different people.”

Even though his first performance adventure is over, Tarvin does not intend to sit on his laurels. Like any successful entrepreneur he understands that setting a new goal feeds the passion for future success. “I’d like to perform on all seven continents, and after that then I think I’d like to perform in 50 different countries.”

Tarvin’s experience and his nomadic adventure to perform in all 50-states might not be for everyone. Yet it sets a bright example of what can be accomplished when you set an overarching goal, rich with milestones and the opportunity to break out of your comfort zone while broadening your horizons.

Brian Wagner
Agile Project Management, which is sometimes referred to as APM is designed to be an iterative approach to developing, designing, planning and managing projects...