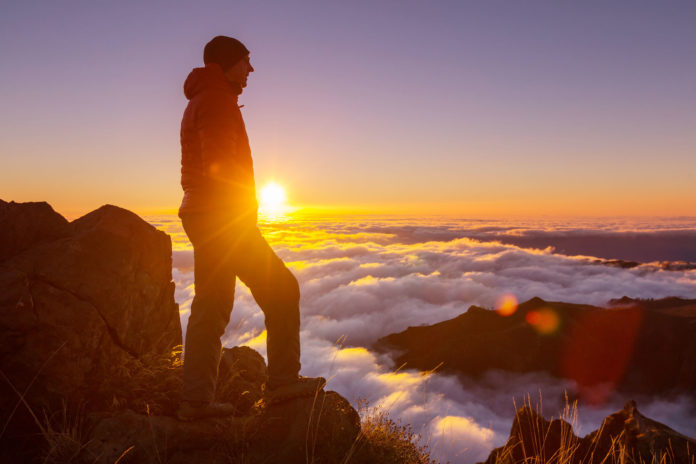 The path that an entrepreneur or small business owner walks often calls for wearing a lot of different hats.

This is especially true if you are running parallel companies, or your kick starter has started to take off on its own, swelling with the need for additional staff.

Depending on how you look at it, these can be stressful times, and getting everything to come together to meet your vision will likely call for some personalized stress management techniques.

For many entrepreneurs this starts with developing a dependent daily routine. A morning filled with chaos from a lack of planning can color the way the rest of your day goes while adding new variables that you just don’t need. Even as you drive into work, you might notice your mind filling up with all the kinds of things you need to tackle that day. You probably even put them into nice neat little mental packages to help to assign them priorities.

Another layer of the stress management onion can also come from developing a team of quality individuals who are as dedicated and capable as you are for carrying out the mission of your ever-growing business. Being able to simply delegate an important task to a highly qualified individual and trusting that it will be performed to your high standards can help shed some of your mental load.

These are all processes faced by John Kendall Lott, CEO and President, of M POWERED STRATEGIES INC. Headquartered in Washington D.C. Lott has extensive experience working with Federal institutions and non-profit organizations, as well as entrepreneurial endeavors.

His experiences in the public service sector started with two-year tour in the Peace Corps where he served as an economic advisor in the Federated States of Micronesia. He went on to earn a Master’s degree from The School of International Relations and Pacific Studies at the University of California, San Diego. From there he held public sector positions for the United States Department of Agriculture, and the Office of Management and Budget, as well as the United States Justice Department.

In 1997 by John Kendall Lott left his career in public service for the private sector, yet he continued offered his expertise as a government consultant with EDS. This Fortune 500 company was later acquired by Hewlett Packard. This phase of his career also included a variety of assignments in Asia as well as the Middle East and beyond.

In 2005 he joined a company which was then known as M Squared Strategies, where he worked as an organizational effectiveness consultant. At that time, he specialized in working with senior executives and managers for the Department of Veterans Affairs, and the Department of Energy, as well as the Agency for Defense Logistics.

In 2017 Lott took a step away from his career as a consultant and CEO to walk the famed Appalachian Trail. For those who may not be aware it is a hiking trail that extends from Springer Mountain in Georgia along the Appalachian mountain range to Mount Katahdin in Maine.

His inspiration for the endeavor started out simply as taking a career break. “I needed to break the cycle of my own stress!”

A product of his own education and experience Lott gave himself and his team plenty of time to prepare for his expected 5-month absence. He started planning the trip in August of 2015, with the intention of starting his hike on April 23rd 2017.

He started the first leg of his hike just outside of Harper’s Ferry in West Virginia, which is essentially the middle of the trail. His goal was to walk all the way to Mount Katahdin in Maine. “The first half was about shedding the stress and changing my habits.”

Not having to live on a forced clock and knowing that the home fires would keep burning without his hand on the wheel gave him the chance to learn how to live in the here-and-now. “It wasn’t a life-changing experience, but it certainly changed the way I lived,” Lott noted.

Walking the Appalachian trail also turned out to be a great opportunity for him to develop a sense of camaraderie with other people who tended to walk at a similar pace. This echoes the expression “Hike your own hike.” Sometimes you need to stop for you, and other times you need to push on ahead. While walking this stretch he also made friends with a hiking buddy who tended to move at a similar pace.

There is a certain level of shared experience that comes from walking the trail. Whether someone is a highly trained athlete or a just a hiking as a hobby, everyone experiences a certain level of discomfort. Everyone who hikes the trail has aches and pains in their feet, back, or leg muscles. Lott noted that the sense of shared experience tended to bring people together, sharing food and equipment or just sharing knowledge.

“You see a lot of mentorship going on, on the trail.” People who might not have met in regular life have a chance to bond and share their wisdom as they all travel through the same experience.

Many people who hike the Appalachian trail find that it’s a mental challenge as much as it is a physical challenge.

After reaching Mount Katahdin in Maine, Lott traveled by train and plane down to the southern end of the trail at Springer Mountain in Georgia. He would then hike back north to his original starting point in West Virginia.

“It was a chance to focus on things and think about stuff like concepts of risk, the cost of managing risk and how we achieve outcomes.” It turned out to be a very creative time full of leadership lessons.

Of course, not everyone can take a five-month break or the physical stamina to press on and conquer something like the Appalachian Trail. Yet still, there are likely opportunities in your daily life to make time to disconnect from your routines and your self-imposed stresses. Taking a moment to take your hand off the wheel and simply hike your own hike, even if it’s just around your own neighborhood, might be just the thing you need to give you a fresh perspective.

Brian Wagner
Agile Project Management, which is sometimes referred to as APM is designed to be an iterative approach to developing, designing, planning and managing projects...

When To Say “NO” To More Work