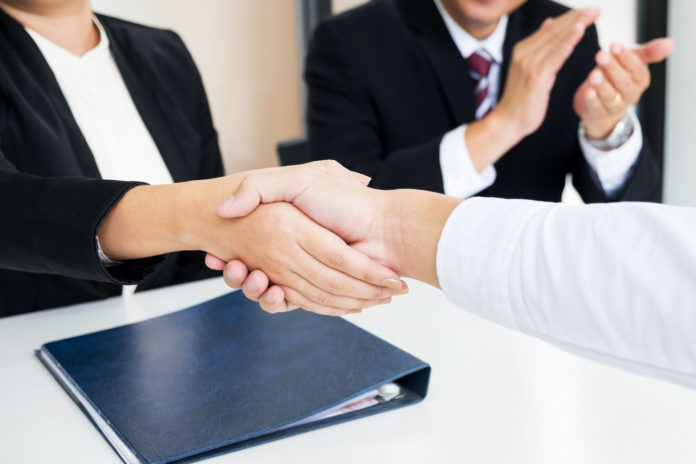 Making a career change or simply finding a new job can be challenging.

Finding a place where your skills are needed and even prized is just one of many steps towards being hired for your desired position. Navigating these waters can be stressful and leave you second-guessing yourself at every turn.

Of course, it all starts with putting together a winning resume that both puts your best foot forward, without also painting an unrealistic picture of yourself, which could land your resume in the round file. Today most companies will set to the task of thoroughly vetting all prospective candidates before they even consider contacting you to set up an interview.

Steve Potter of PMI’s Long Island Chapter has decades of experience as a hiring manager. He shares some of his insights for how to best position yourself to get that big job interview. Potter is one of the founding members of the Long Island Chapter of PMI, which split off from the New York City Chapter in 1999. “There was four of us to start with, and by the time we held our first meeting in January of 2000, we had 35 members.”

The process of setting up an independent chapter and installing Potter as its first President took nearly a year. “The fact that we were already a part of the project management team certainly helped speed the process. There was a lot of red tape including writing bylaws, setting up financials, and becoming incorporated as a not-for-profit organization with the state of New York,” Potter recalled.

Today the Long Island Chapter of PMI has swelled to between 850 and 900 members. “Our membership is sort of the opposite of the economy. We find that when the economy is poor we draw more members who are looking for new networking opportunities.” Potter served proudly as President of the Long Island chapter as well as Interim President for a grand total of five years, in the early 2000’s.

In his corporate life, Potter works as a hiring manager. Over the years he’s honed his craft for vetting, identifying, and hiring the right candidates for the right positions. The process starts with vetting each candidate’s resume. “Before we meet you, you are just what’s written on your resume. Sometimes you read a resume is a good thing and sometimes it’s too embellished,” Potter added. 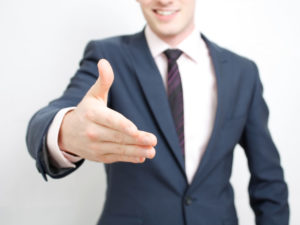 It’s also worth noting that past and current credentials can be a major factor in the decision to invite someone to an interview. During the vetting process past credentials and certificates are often examined in the vetting process. Someone who notes on their resume that they have an active credential like a Certified Associate in Project Management (CAPM) or a Program Management Professional (PgMP)® that has actually let the credential lapse, may be disregarded for an interview. In these situations accuracy is just as important as demonstrating the dedication to maintain the industry-specific credentials.

In today’s business world face to face interviews can sometimes feel a little one-sided for a prospective candidate. By the time you get to the big interview, you are already so invested in the process of trying to get the job that you are naturally going to try to sell yourself to the hiring manager. Some people even end up accidentally overselling themselves.

The interview process itself can be a nervous time for any candidate. “Sometimes I’ll try to trip them up by asking them questions about fundamentals. Like what’s the difference between a risk and an issue?” A risk is something that has the ability to occur, and an issue is something that has already occurred and needs to be dealt with accordingly. 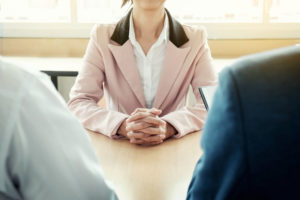 Other questions that might be fair game for determining if someone really knows their stuff is to provide them with a hypothetical scenario. “I might tell someone that I need to quickly expand my staff, and that I will need to throw them into the deep end of the pool to take over a project that is already in flight,” explained Potter. “Then I’ll tell them that there are a 100 things that need to be done on the first day… What are your top two?”

Open-ended questions like this help to whittle down and sort out potential candidates who have the experience and skills for the position and those who may have embellished their resume beyond what the basic vetting process can catch. “Most of the time the resume is relatively correct,” Potter added.

More ambiguous questions that are likely to inspire prose from a prospective candidate rarely make it into the hiring interviews that Potter conducts. “Asking someone like what’s your weakness generally gets you an evasive answer, like the candidate will come back and say that I don’t delegate enough.”

Potter saw a questionnaire once with complex and arcane psychological questions designed to test a candidate’s character, with questions such as: I often lie… Then it offered a sliding scale between Often True and Never. “I don’t know how you even answer a question like that?” Potter opined.

When it comes to other less obvious yet equally important factors like body language, what’s being conveyed can come with a lot of potential gray area. “Most people are nervous in the first place. So, it’s hard to judge them based on just their body language alone.”

Potter also does note that the interview is never over just because it’s done. Conversations before and after are also a factor. “You give out a lot of information through your body language and other expression. It’s not so much the words you use when you answer as much as how you answer,” Potter clarified.

If you are in the process of applying for your first big job, or even if you are in a mid-career change and looking to step up to a higher position with a new company, it’s important to be yourself. Beyond simply selling yourself to a hiring manager in an interview, it’s also important to remember that after you get the job, this is the place you will be at least five days or more a week. These are the people you will be working with side by side for potentially many years to come.

Brian Wagner
It’s no surprise that successful software and even product development is more science than it is art. Gone are the days of someone simply...