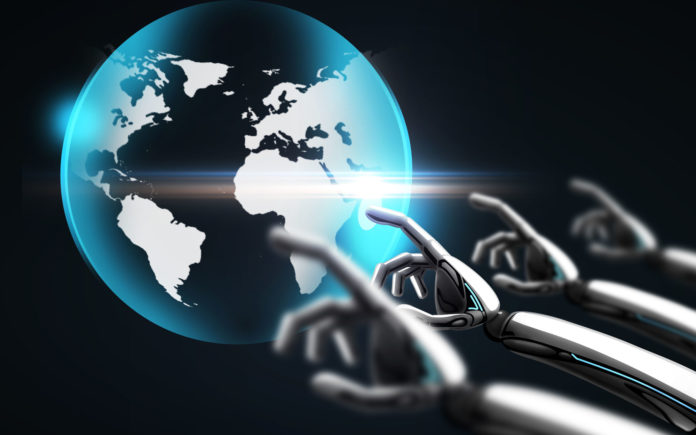 Managing a single project in the American commercial sector, with multiple stakeholders and other vested interests, while making sure to meet government regulations, is a challenge onto itself.

When you take the concept of project management onto the international stage, the process is often far more complex!

In many of these scenarios things like program management, funding, procurement policies, cultural conditions, and economics can start to add layers of complexity. Navigating these churning waters can be very challenging and calls for a great deal of flexibility in management styles. Three highly experienced international project managers share some of their insights for achieving successful outcomes on the international stage.

Peter Pfeiffer is an active member of the PMI Ethics Member Advisory Group. He holds a Ph.D. degree in Sociology of Development. Dr. Pfeiffer has spent the last three decades working in Latin-America as a program manager, lecturer, trainer and process facilitator. His primary areas of focus lie primarily in International Development, and Organizational Development, Project as well as Program Management in developing areas.

He often looks at program and project development through the lens of sociology. “The basic concept of sociology is to look at how society develops and what is reasonable to influence it in a positive way,” explained Dr. Pfeiffer.

He also notes that there are some complex differences between commercial project management and project development where the goal is to promote change. This often calls for addressing the economic and political conditions as well as the culture and behavior of the beneficiaries.

“If you want to increase productivity in something like an agricultural area, you can just give them machines and expect them to implement them. It means that their traditional way of doing things also has to change,” said Dr. Pfeiffer.

In many of these cases, multiple groups might benefit from the project in question. “Beneficiaries are not always a homogenous group. You have to adjust your strategy to identify the needs and problems of each group, to prioritize and delineate them,” explained Dr. Pfeiffer.

He also notes that no all development problems are tangible. That as a project manager or program manager you have to be mindful of the future impact on more than just the local, national, or international entities. “You have to also factor in the beneficiaries, which I think takes participatory techniques. You have to listen to different people from different perspectives.”

Complexity is an increasingly large barrier that can hamper a program’s success. “Stakeholder management can be complicated because some groups might benefit while another group may not and might be opposed to it.”

Driving agreement between these sometimes disparate groups can even require some outside of the box thinking. “You have to look for tools and techniques that might not be used in more traditional project management applications. I personally use a logical framework style of management that has been used in international development for many years,” explained Dr. Pfeiffer.

This management style is used to create a connection between the goals and the outcomes as well as the outputs that are delivered by the project. “A project can deliver goods and services,” but it cannot deliver change!”

On the other side of the globe in Turkey, Haluk ÜÇEM works for the German-based Fitchner Group as a consultant on many of Turkey’s water infrastructure projects. Many of them have been funded or organized by the European Union during the period of time when Turkey was committed to joining the EU. More recently these plans have been suspended.

ÜÇEM was originally born in Turkey. He has extensive experience in the Design and Construction sector and has worked on-site for internationally funded contracts associated with the WB, KfW, EU, EBRD, and the EIB.

Mr. ÜÇEM worked for Central Finance as well as the Contracts Unit of Turkey from 2003 to 2008. He has since been working for Fichtner Group where he provides consultancy services for the infrastructure such as wastewater treatment infrastructure. He has been placed in charge of tender preparation and contracting as well as contract management.

An important part of Mr. ÜÇEM’s sphere of influence deals with making sure that the internationally funded water infrastructure programs meet requirements set by the European Union. This is an important factor since many of these stipulations require him to first consider EU-based companies for contracting and procurement over local sources.

“The EU audits projects to make sure they meet all the established specifications. If they don’t the EU can recover those funds directly from Turkey,” Mr. ÜÇEM noted.

Once a construction company or contractor completes a project, they have one year to operate it and get all the levels within the required results. If levels do not meet those standards within that time frame the contractor could also face a penalty.

A UN delegation also comes in to inspect projects to ensure they are moving to the aim of the schedule and the stated output of the plan.

Mr. ÜÇEM notes that there are several risks and problem areas in a project management system such as this. “Before financing is considered, preliminary designs are set up, which can affect the project’s budget.”

Even after funding is approved there may still be timing issues and delays that can affect the overall outcome of the project. “Sometimes application, funding, and construction can take up to 7 years!” Mr. ÜÇEM explained.

In some of these instances, the beneficiary may no longer need the original project for its intended use. With many EU funded projects, this can be considered grounds for a recovery of the original funding from the Government of Turkey.

Continuity can also be a challenge which also affects the process. “The bureaucracy of the EU is too slow. If the tendering process was faster there would be less risk of a problem,” Mr. ÜÇEM noted.

Beyond infrastructure projects, international charities also work to find ways to affect change across countries and within cultures. Amy Davis is a project director for Catholic Relief Services Project Director Amy. Her current area of focus is working as a microfinance specialist for the Expanding Financial Inclusion Africa contract which is managed by CRS and is primarily funded by The MasterCard Foundation. She oversees projects in Burkina Faso, Senegal, Uganda, and Zambia, which are designed to serve 500,000 members over the course of a 4-year period.

Much of her career has been in the nonprofit sector, working on programs throughout East and West Africa, including 20 years in microfinance. Her projects often invoke savings-led approaches, microfinance institution management, and new product development, as well as financial education to promote consumer protection.

“Our current project’s objective is to reach out to rural communities to help develop lending institutions. We train field agents in basic things like bookkeeping, lending funds, and other important financial skills. Then we certify them and help spread awareness of their services throughout that region,” explained Davis.

The project calls for a lot of Matrix Management techniques. “Catholic Relief Services has their own hierarchy. The way the program is organized I manage people, I pay their salaries, but they often report to someone else for technical and human resources issues.”

“The biggest obstacle is communication. I often have to rely on phone calls, maybe Skype or a webinar, but bandwidth is usually low,” said Davis. “My office also sends people out for technical assistance and we also have touchpoints out in the field.”

Cultural difference can also be an issue when setting up a project with such a broad reach into rural areas of four developing countries. “I think we’ve done a good job of translating, especially since you can’t translate as fast as you can talk. You see some of the cultural differences between East and West Africa. You have to keep pushing the cooperation between them, and I think they’ve all become good friends and respect each other,” added Davis.

Whether it’s program management in Latin-America, international project management in Turkey, or program development in Africa, there can be a lot of differences in the philosophy, processes, and strategies used to effect a successful outcome. Yet for these three accomplished project managers, and doubtlessly many more, the common thread that binds it all, is driving a sense of cooperation between every entity involved. This includes the beneficiaries as well.

Brian Wagner
Many people are aware of the power of positivity when it comes to going through your day with something other than a sour look...