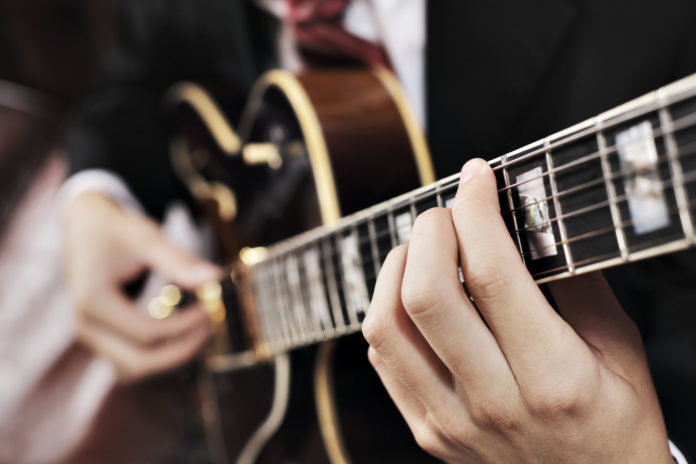 It’s relatively common these days for just about everyone to have some kind of side hustle.

For some, it’s merely something simple they do to bring in a little extra spending money each month. Yet there are those who gradually work at bringing a long-held dream into reality. Giving it the time, and the energy it needs to grow, while they still keep on working their regular nine to five job.

Developing a dream into a regular thing with the distant hopes of transforming it into an occupation is a tall order for just about anyone. It often tends to be the sort of thing that you chisel away at a little bit at a time. In a lot of cases, even the most cherished side gig never becomes the primary money maker in a person’s life. Yet it still can remain as something that keeps them going.

One pair that has been fighting the good and making the long process start to happen is Bill Lambusta and Brian Erickson at The Great Albums podcast. They were originally college roommates who shared a mutual love of music. As musicians themselves, they also understand how the way music is distributed has changed the industry.

“I think for just about anyone there’s a little dumb luck that comes with making your ay in the music industry,” Erickson said. “When you find out where your downloads are coming from, you have to make the most out of that niche!”

The Great Albums podcast evolved from Lambusta and Erickson’s love of discussing music as well as their careers as musicians. “I’ve been into podcasts since the early days. I was just tired of always listening to music while I was at work, so I started listening to podcasts and I fell in love with it,” explained Lambusta.

It didn’t take long from there for Lambusta to try his hand at hosting a podcast of his own. It was largely themed around top five lists, which is a variation on a theme that is pervasive throughout the movie High Fidelity. “It fell apart pretty quickly,” Lambusta added.

Fortunately, for Lambusta and Erickson, the Great Albums podcast has seen some long-term and very encouraging success. “We started out thinking that if a few hundred people were listening, then we’d be happy. That ended up happening in in just a couple of months. We very quickly made it into the Top 20 in the Music category.”

“We were on New and Noteworthy which also helped give us an early boost,” added Erickson.

From that point they spent roughly another year building up The Great Albums, working on getting bigger and better guests, while also taking the all-important time to work on enhancing the quality of the show.

“We get a lot of our guests from the people who we meet performing in the music industry,” explained Lambusta.

“We even have some people who hound us wanting to get on,” added Erickson.

They also make sure that the potential guests understand the format as well as the length of the podcast show. They find it’s very important to let them know that it’s not the usual 15 to 20-minute interview that they might be doing on other platforms. “We let them know in advance that this is a long-form version of an interview that could take up to an hour or an hour and a half,” said Lambusta.

In The Great Album’s third year, the show continued to grow and they were even featured as a top of the page banner on iTunes. This quickly started to triple their numbers, seemingly overnight. “I think it’s probably nice to have a fan who works at iTunes!” said Lambusta.

Of course, being featured also has a knack for drawing in new sources for advertising revenue. “Once we were featured, we were contacted by an ad partnering business. They basically handled the legwork of selling ads for our podcast,” Erickson explained.

For people with side gigs and especially those who make some extra money as podcasters, the success of The Great Albums raises questions about whether or not it is indeed possible to make a living as a podcaster. Certainly, there are celebrity figures out there like Adam Corolla and Joe Rogan who seem to make a nice amount of money from their podcast’s presence. Of course, in those examples, they had achieved a certain level of celebrity before starting a podcast.

“I think for an independent podcaster, it is possible to earn a living at it, but you have to go into it understanding that it is going to be a long haul up the ladder of success. You have to build up the audience and develop your skills while you do it,” said Lambusta.

Podcast advertising revenue essentially pays out per every one-thousand downloads. When it comes to successful podcasts run by celebrities the amount that’s paid out per thousand might be higher, than for an independent who starts it up from square one.

Bill Lambusta puts it into context. “So, let’s say that Joe Rogan or someone who is well-known, puts out a podcast. A very low number to make per thousand downloads is $24. Let’s say that they are getting over 100,000 downloads with every episode. When you figure it out for something like 48 weeks out the year, that person would be making a little over $192,000!”

Of course, these numbers are likely out of the range that an independent podcaster can expect to make. Yet it does set a lofty benchmark to dream for. “Having a good idea and coming at your topic in a unique way helps,” said Erickson. “Niche is the culture of podcasts!”