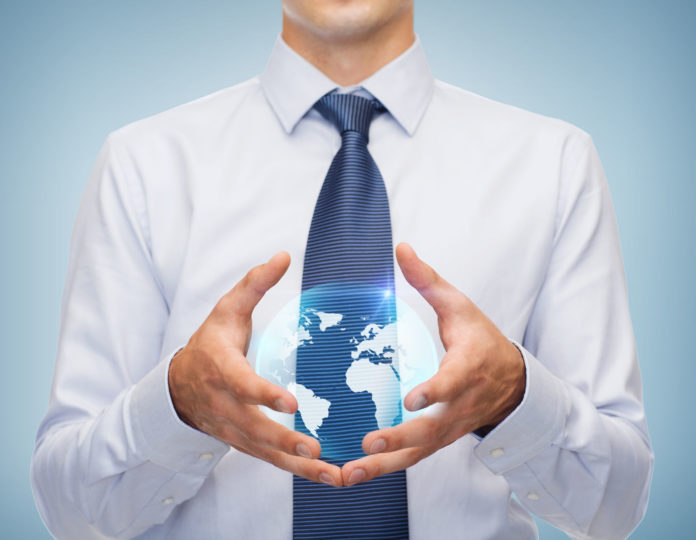 With the ever-growing popularity of social media and entertainment media channels, an increasing number of people are engaging in the process of content curation as well as creation.

There are many different veins to tap into, finding the right one for what you want to can depend a lot on just what you want to do and how dedicated you are in making it rise above the sea of other messages.

Author, filmmaker, and entrepreneur Steve Rosenbaum shares some of his insights and industry experience from over three decades in media. His entrepreneurial endeavors have led him to found media companies, direct movies, curate content, and even write the insightful book Curation Nation. Along the way he has also developed two patents for video curation and advertising technology.

“I have always been an entrepreneur,” Rosenbaum said. “I’ve never gotten a paycheck that I didn’t sign myself.”

In 1995 a simple trip to an electronics store provided another spark of inspiration. “I found this camera that had a rear LCD screen which made it feel like you were filming a TV show. Eventually, I sold the idea to MTV which became a show called Unfiltered.”

The format for MTV’s Unfiltered took a hands-on approach to the then-burgeoning concept of reality TV. It was a time before the internet was popular. People who were interested in participating would call an 800-number, if their basic pitch was interesting, MTV would FedEx them a camera, they would film their segment and then FedEx the camera back.

Like any entrepreneur Rosenbaum’s sights are always set on spotting new opportunities. Sometimes you create those opportunities yourself through creativity and determination. Then there are other times when opportunity thrusts itself on you. Rosenbaum was running a broadcast company called News Network, where he was filming a piece for Animal Planet based in New York City. It was the morning of 9/11.

“When the planes hit we knew we had to cover this. We ended up recording everything that happened over the course of a week,” explained Rosenbaum.

Later he attempted to curate the footage into a movie, but the project struggled to take off and ultimately failed. Of course, failure isn’t anything new to an entrepreneur, and Rosenbaum did his best to roll with the punches. “I always tell people that I don’t mind getting my ass kicked, as long as I’m the one doing the kicking!”

Never one to surrender an idea, Rosenbaum took a different angle on the film. He placed ads in the Village Voice asking resident New Yorkers if they would like to submit their videos from that fateful day. These videos were then transformed into the movie 7 Days In September. The film was heavily nominated for several awards and won the Saturn Award in 2000. It also holds a 100% rating on the website Rotten Tomatoes.

Rosenbaum reflects fondly on his years as a media entrepreneur. “If you were to peel me like an onion you would find two things. One is a love of storytelling and the other is a love of technology. I passionately believe that there’s a handful of people like me who love to create organized stories, and people want to consume those stories, but they want them to be different.”

“Everything I have done in my career has been magnified by some hybrid of finding a new way to tell stories combined with a new technology that is emerging,” Rosenbaum added.

In the 2000’s he was doing a fair amount of public speaking and participating in panels, but he realized he needed to be able to reach out to more people. “I wrote the book Curation Nation because I had a deep seeded story I wanted to tell. If you think you have a book in you and the stamina to do it, you should do it. Because writing a book changed my life!”

The book Curation Nation was published in 2011. It takes a close look at what it means to properly curate content in such a way that it rises above the information overload that is so common with the internet and other media platforms. It uses a central theme that the future of content is context.

“Curation is not creating. It’s discovery and organization around a central theme,” Rosenbaum explained.

“The book was an entry point to a world you can’t get into unless you are a published author. I was invited to conferences, I traveled the world and I did all kinds of public speaking. It was a terrific experience.”

Rosenbaum also shared insights for individuals who are thinking about transitioning out of the work-a-day world and taking the deep dive into life in as an entrepreneur. “I think it is possible to do it. When you talk to people who have made that transition they will almost always tell you that the did it because they so-hated their boss. Working for yourself as hard as it is and as many hours that it is, is still more for fulfilling than having a terrible boss,” said Rosenbaum.

This sentiment is echoed in the trend of increasing numbers of individuals developing side jobs and opening up opportunities to one day control their own destiny. “People today are less likely to stay in the same job their entire career to get the gold watch,” Rosenbaum added.

With this trend we also see an increasing number of young people coming out of college looking for the kind of jobs that can give them the kind of experience that will one day help propel them into their own entrepreneurial dreams. “I think the way the economy is going we’re all going to be our own bosses in one way or another,” Rosenbaum added.

Life as an entrepreneur is no doubt challenging, and content curation is its own special animal that continues to become a prominent part of modern-day life. Steven Rosenbaum and others like him not provide content for consuming they work to shine a little light on a path that we can all embrace.

Chris Green
Keynote speakers and workshop presenters can bring an extra punch of motivation to just about any career pursuit. They bring inspirational messages that can...