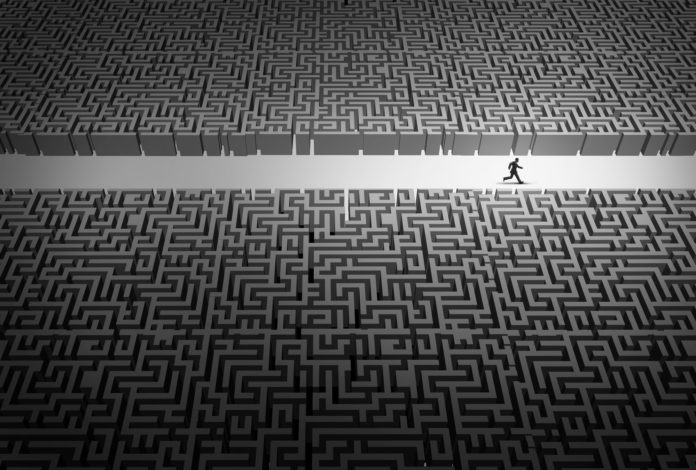 Life comes with a lot of challenges, and chances are along the way you’ve rubbed noses with a cliché or three about being the writer of your own story, being the hero of your life’s tale, or living your life to the max!

But what do all these things really mean, and more importantly how do you manifest them into a better way to live your life? 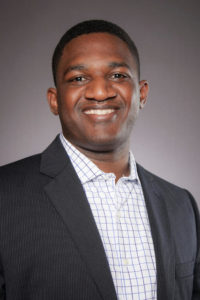 Michael Charles is a John Maxwell Certified Trainer. He is considered an expert on several topics including organizational effectiveness, team development, and leadership. He’s worked with a diverse range of businesses and individuals as a coach and speaker. He shares his insights on the four important elements of life mastery.

“Most people live their life based on the distractions that connect them. They let life happen to them instead of taking ownership to create the life they really want,” Charles explained. “You can’t become the best version of you if you just sit back and let life happen!”

Charles draws a comparison and explanation from our shared childhood experience. “When you were a child you were learning, having new experiences, and going to school learning new things. When we’re done with school a lot of people think they are done learning. When you stop thinking that you have to improve, your life starts to go downhill.”

The First Element Of Life Mastery: The Acquisition Of Knowledge

“Children who don’t read during summer break end up losing a large number of their reading skills,” Charles notes. Adults who embrace a similar stance when they are done with school, also tend to see decreases in some of their thinking and reasoning skills.

“Most people think they don’t need to keep learning after they finish school. You have to create a desire to learn. You have to go after learning just like children do!”

With this element, Michael Charles notes that most people believe they are already critical thinkers. However, he challenges that for many they are recalling information, but not necessarily thinking about it.

“Critical thinking is more about taking a thought, an idea, or a project and expanding on it, to make it better. It’s not always based on what you know,” Charles noted.

“Growing up we are taught to memorize things instead of thinking about them. Do you truly think about things that come into your mind?”

Charles challenges people to go beyond recalling old information or repackaging something that you may have learned recently. He notes that it’s important to step back and look at things as if from a third person point of view. “Then you can analyze why you are doing it, and ask the important questions like how can I best contribute to my goal?”

The Third Element Of Life Mastery: The Application Of Knowledge

“All the learning in the world won’t help you if you don’t apply it!” says Charles.

For some people, this can be a big challenge. There is a real temptation to stall out the process of applying your knowledge, or intentions, without fully understanding all the steps and related information that can appear along the way.

“You have to suspend the pretense that you need to know,” explained Charles. “When you have an idea or a plan, you don’t need to know every single step along the way. You just need to know what the next best step is, and then do that right now!”

The Fourth Element Of Life Mastery: Service To Others

Charles makes it a point to include service to others not just in his lifestyle philosophy but also in various aspects of his business endeavors. “It’s easy to go about doing your own thing. One of the reasons why a lot of businesses fail is that they are always thinking about the ways they are making money, but they’re not thinking about the services they supply.”

In the end, you need to understand your purpose through service to others on an individual level as well as on a business level.

Experiencing The Growth Of Webinfinity.com

Webinfinity is a next-generation SaaS (Software As A Service) platform that has been designed to deliver a game-changing, digital approach that doesn’t use any code to drive channel performance. It’s co-founder James Hodgkinson helped found the company in 2014. However, its roots are the reorganization of a process of business and technology evolution that goes back nearly twenty years. 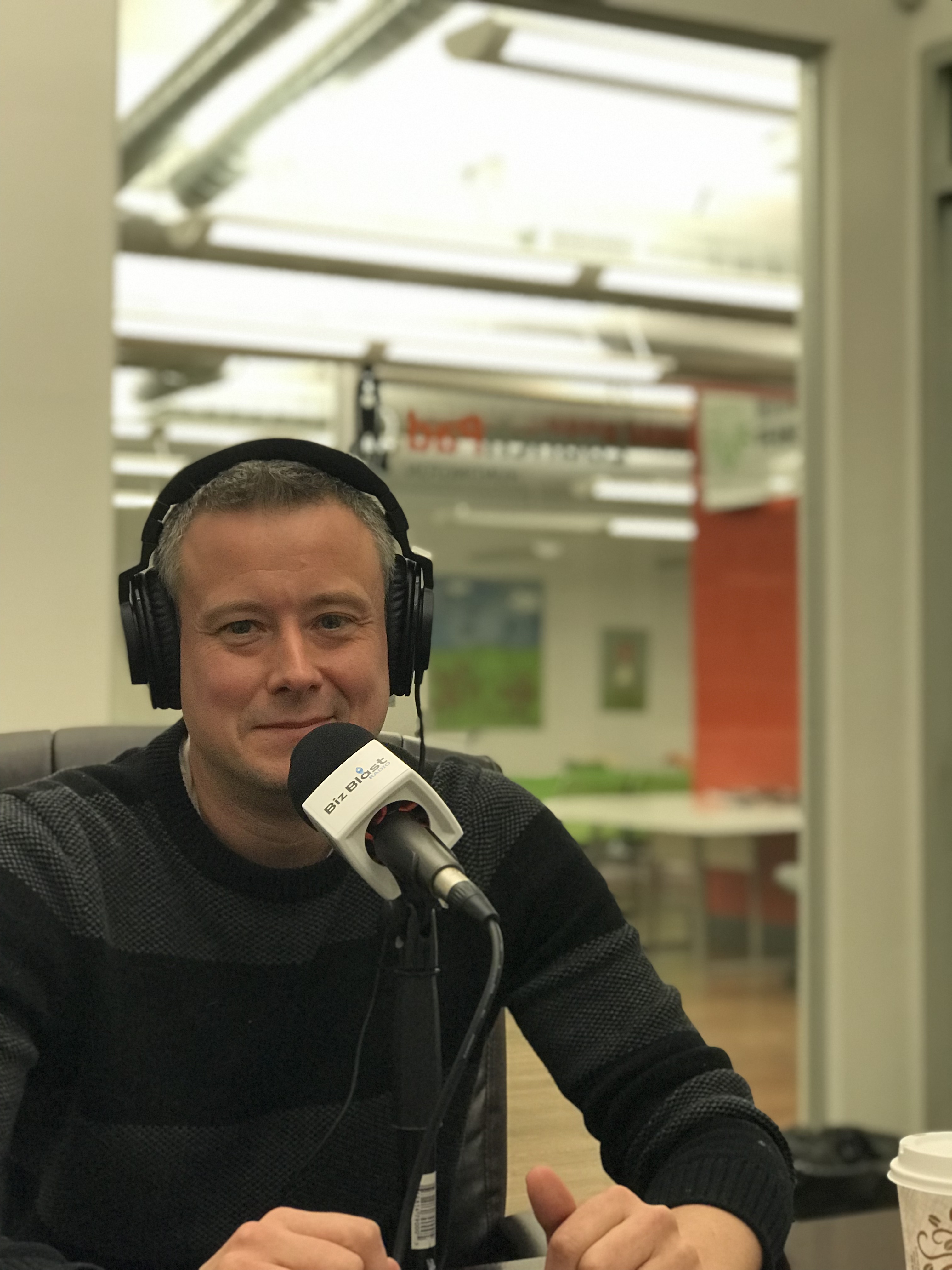 James Hodgkinson is originally from Yorkshire England in the United Kingdom. In recent years he found himself frequently called to work with one of his long-time clients Computer Associates, which is headquartered on Long Island, New York. In 2011 he moved with his family to eventually headquarter Webinfinity out of Huntington, New York.

“In the early days, we were an application company,” Hodgkinson explained. “We were into the internet early. So, we were getting some really interesting projects. At that time, there weren’t a lot of other web developers around.”

“We kept rolling with the changes and getting deeper into the software world. Which was sort of a complete, happy accident!”

Webinfinity was largely staffed by people who Hodgkinson went to school with. “I’ve had the pleasure of working with the same ten-or-so people for the last twenty years!”

Initially, their focus was on helping businesses build on their suite of web application software. While they tended to specialize in business to business clients, Webinfinity’s developers never lost sight of the value that comes with making an interface user-friendly. “Today we try to recreate the quality that users are used to seeing at the consumer level. We try to make it as simple as other successful portals like Amazon or Netflix.”

Webinfinity, as it is today, is essentially a reload and a rebranding with much of the same staff members and collaborators that Hodgkinson has worked with over the past two decades. In the current incarnation, they move beyond the old model of how software was sold and used.

“With the old model of selling software, you had a box. Now everything has gone to some type of cloud-based application. You now build software, host it centrally, and build it centrally. We charge our customers a monthly fee to then use the software,” Hodgkinson explained.

He also notes that there are companies that live inside other much larger ecosystems like Microsoft. Webinfinity develops software for its various needs. “Something like 70% of all revenue that comes from technology is business to business. What’s interesting is that it’s flexible enough to be used in a lot of different industries!”

Hodgkinson also reflects on the journey he’s taken from his school days working on some of the earliest internet applications to where Webinfinity is today. “Being able to travel, too know people, and had all these experiences. That in itself is the value, and there’s no way to get it without going through it!”

Brian Wagner
The first step in developing talent for your company or nonprofit organization typically starts with finding the right talent to fit your specific needs. This...